If you are anything like me, and many of my other guitar-playing friends, when you first started out, your primary goal was not to be the most appropriate, educated and tasteful musician in the world. I honestly probably cared more about making noise and seeing how many notes I could play in one bar.

Needless to say, I have learned a lot of hard lessons in the past 15 years that I have played in church. Many of those lessons took way longer to learn than I wish they did.

In this post, I want to just outline a few practical things that I wish I could go back and teach my younger self to get me ahead of the game.

Before I moved to Nashville, this was a pretty foreign concept to me. It is a system that seems to be neglected in many churches.

If you don’t know what it is, Nashville Numbers are simply an easy way to identify and communicate the chords and notes in each key. There are many resources explaining this system and I will not get into that here, but you should check it out (especially if you have any desire to play music professionally one day).

Being able to look at at any note on the fretboard or hear any chord in a song and relate it to its appropriate number is an invaluable skill.

Every chord in a key has a “feeling” and being able to identify that feeling through interval training and practicing charting numbers will take your playing and communication with other musicians to another level. It is a common thing to hear from a leader in our church, “End on the 4,” or “Play 1 5 6 4,” and we all know exactly what to do no matter what key we are in.

2) Playing in the box

In the lessons I took when I was younger, I was taught 5 general scale patterns, but did not realize until later (after learning many songs and picking up on one other guitarists were doing) that there are all sorts of patterns/positions/tricks within the scale patterns that made playing very practical. Maybe one day I will do a lesson on some of the patterns and shapes I like to go to in each key, but for now searching for “playing in the box” or “caged guitar playing” may help you out.

I have my own personal patterns I have generated, but I think that has come through practicing theory and Nashville Numbers. Boxed playing does not have to be limiting if you approach it properly and have the theory to jump outside of it. When I spend time practicing, I am usually trying to find different places to go on the fretboard than I normally would.

This applies to many areas, not just volume level. Touch sensitivity, effects and tone choice, and the notes you choose to play (or not play) are also vital to supporting the feeling of the song.

The best musicians I know understand how to build a song properly and leave room for the song to grow and come down when needed.

Playing constantly at 11, or even 5, does not help anyone out. Your dynamics will influence how other people in the band play and how the leader leads. It is important to all be on the same page and help bring out the best emotion in the song. Sometimes you need to be confident and come in as bold as possible and other times not play anything at all. Which leads to the next point…

I’m just gonna say it, play less notes…a lot less. Playing too much is one of the easiest pitfalls to jump in to and we are all guilty of it. Many times when I am in the studio writing parts I am constantly having to scale back the original ideas I came up with.

I regularly practice recording a part, stepping away for a bit, then coming back and listening to it.

This process is a good indicator of what really works, and the more you do it the more natural simplicity becomes. I always consider tasteful playing to be an indicator of a seasoned pro.

When playing in a band, it is all too easy to get caught up in your “own world.” It is honestly hard not to be when you are constantly managing what pedals to hit, where the song goes next, being creative, etc. It takes effort and practice to get out of your personal box, but it is worth it!

The more comfortable you are with the songs and your instrument, the more you will be able to pay attention to what matters the most: context.

You could have the coolest part in the world, but if it doesn’t fit within the context of what the other band members are playing and where the leader is taking the song, then it will not benefit anything one bit.

I have come to the belief that a good musician is also a good producer at heart – they understand how each sonic element should relate to each other and how to bring out the best emotion of the song through their part in the mix.

6) Lead guitar is in the rhythm

Music is really just melody, tone, and rhythm with a story on top.

When it comes to lead lines (what most guitarists seem to be interested in), it is important to realize that they are not just about the pitch of the note, but the timing of how they are played.

You can take a simple line of three notes that when played straight seem very boring, but when pushing the notes, playing them on the upbeat instead of the downbeat, or playing them percussively you generate a whole new hook that has creative complexity.

I personally believe too many guitarists have relied on rhythmic delays to add this flavor to their playing, which at certain times is not a bad thing, but I have found that it locks worship guitarists in a box of playing straight more often than needed. Try using something like 16th note or triplet delays, or none at all, to spice things up.

7) Confidence will sound bigger than your tone

Most of the questions I get are about gear choices and delay settings. I get it, gear is fun, I love it, but it is one of the less important factors to being a good musician.

Putting more emotion and confidence into what you play will sound way bigger than stepping on your third boutique overdrive.

The best musicians I have been around are typically the most confident. They can play the most simple part but sound bigger than anyone else because they are giving it their all (hint: watch Austin Davis’s drum playing).

There really is a spiritual lesson to all of this. As musicians serving on a platform we have to be confident in who we are or insecurity will rapidly creep in. We cannot afford to give one moment to placing our identities in what the eyes on us think about us.

I am fully convinced that I have become a better musician by growing in understanding who God says I am rather than by identifying myself with what I do and what others think of me.

It is a constant battle through our entire lives, but the solution is intentionality in our relationship with God. Practicing your instrument is important, but spending time with God, listening to his voice, and growing in understanding him is infinitely more vital. 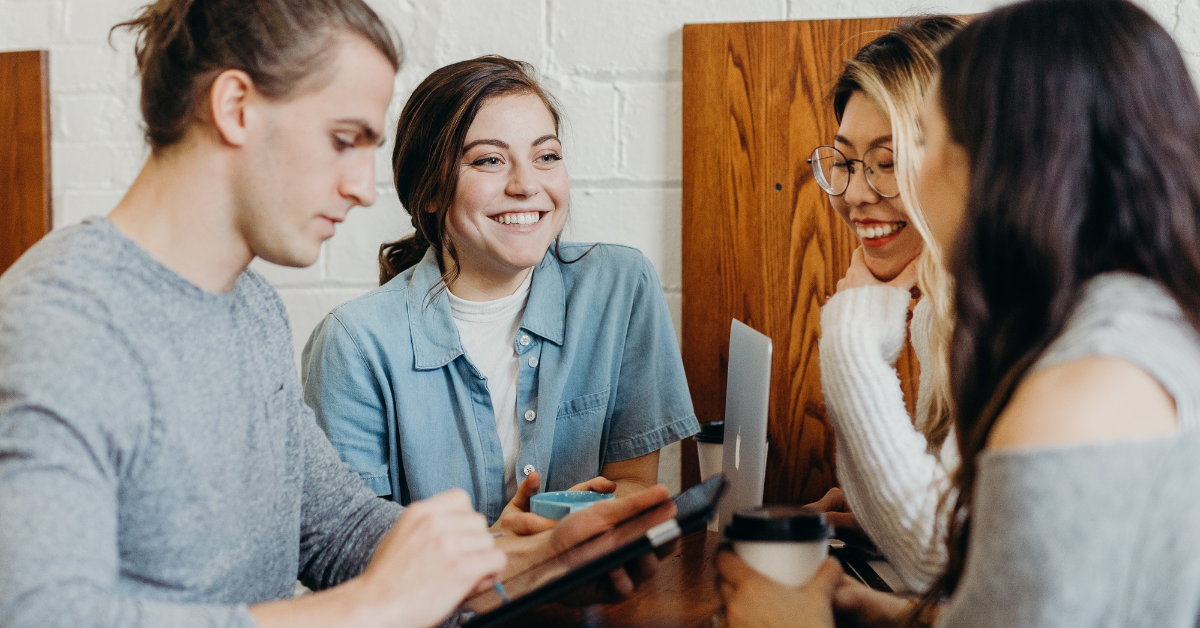